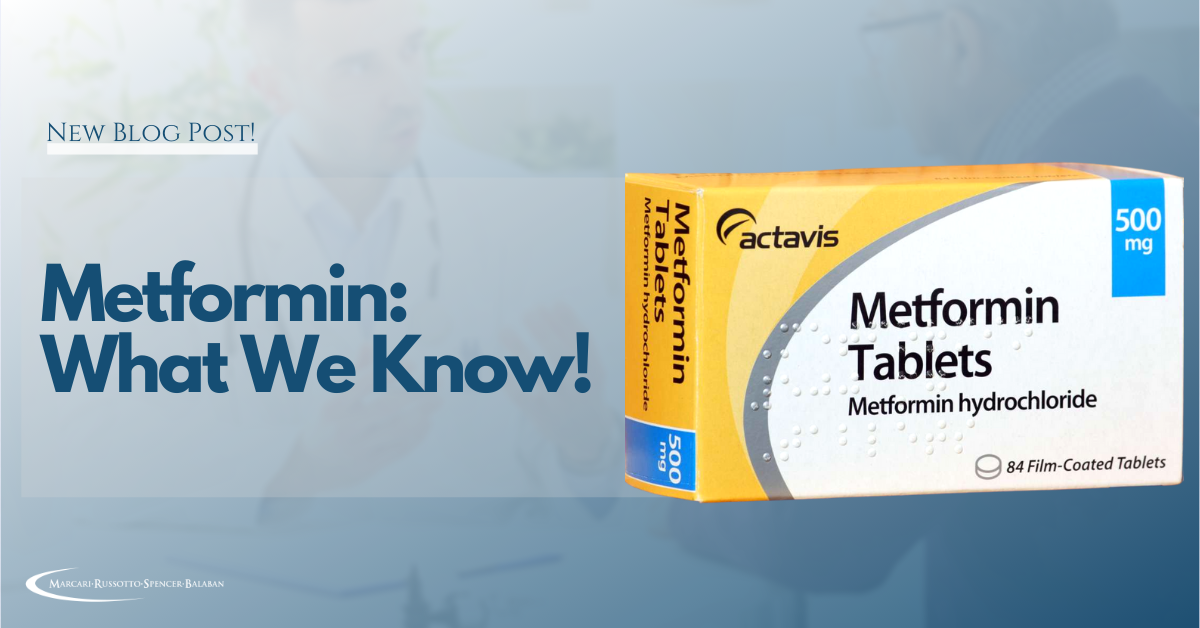 Metformin: What We Know!

Metformin: What We Know…

Back in June, the Food and Drug Administration (FDA) publically announced that the popular type-2 diabetes medication Metformin was now found to contain high levels of a cancer-causing contaminant known as N-Nitrosodimethylamine or NDMA.

The FDA went on to state that they found high levels of this harmful substance in the extended-release tablets of Metformin and asked for it to be voluntarily recalled nationwide.

Since the recall announcement by the FDA, two of the primary manufacturers of Metformin: Amneal Pharmaceuticals and Apotex Corp., have voluntarily recalled the extended-release 500-milligram and 750-milligram tablets for the safety of its users.

In addition to the recall, the FDA has asked all manufacturers of Metformin to internally test all lots of the drug, before distributing it out to the public for consumption.

What Types of Cancer Does Metformin Cause?

If you or someone you love has taken the medication Metformin, there are risks of developing the following types of cancer:

There’s no short-term risk involved with taking Metformin, however, it’s important to speak to your doctor about a change.

Other popular medications, both prescription and over-the-counter (OTC), were recalled earlier this year as well for high levels of NDMA.

The likelihood of developing cancer from medications that are contaminated with trace amounts of NDMA is low, however, with that being said, if you’re taking Metformin, it’s quite crucial to speak to your primary care physician about other possible treatments.

NDMA is classified as a ‘probable human carcinogen’ – which means that it could potentially cause cancer.

For years, it’s been found in everything that we consume from vegetables to meat, dairy, soil, our air, and our water.

Scientists suggest that the acceptable intake limit for a human being is 96 nanograms of NDMA a day.

Dr. Guy Mintz, the Director of Cardiovascular Health & Lipidology at Northwell Health’s Sandra Atlas-Bass Heart Hospital in New York says that “the FDA does not expect” NDMA to cause harm at levels below or equivalent to 96 nanograms.

However, in high-dose-cases, NDMA may cause a person’s liver, lung(s), and/or kidney(s) to have severe problems. Mintz also went to say that NDMA has “been shown to increase the incidence of cancer in animals” via liver fibrosis and tumors, most notably in rats.

The World Health Organization has also publically stated that it can cause gastric and/or colorectal cancer.

Despite what you may think, Mintz says no, don’t abruptly stop taking Metformin without speaking to a doctor.

Any abrupt stoppage of Metformin use in a person could lead to impacted blood-sugar levels and potenital hospitalizations for those who are hyperglycemic and/or struggle with ketoacidosis.

Mintz went on to say that while there are no short-term risks with ingesting the product, there are many alternative options out there.

What We Know About Metformin and NDMA:

Have You Been Diagnosed With Cancer After Taking Metformin?

At Marcari, Russotto, Spencer & Balaban, we understand that a mass tort may have affected you in a unique way, so we pursue a resolution that suits your circumstances and needs.

Marcari, Russotto, Spencer & Balaban handles a full range of mass tort matters, including cases relating to toxic exposure, dangerous drugs and defective products. Call us today at (855) 435-7247 or contact us online to schedule a free consultation. For your convenience, we have offices throughout North Carolina, South Carolina, and Virginia.