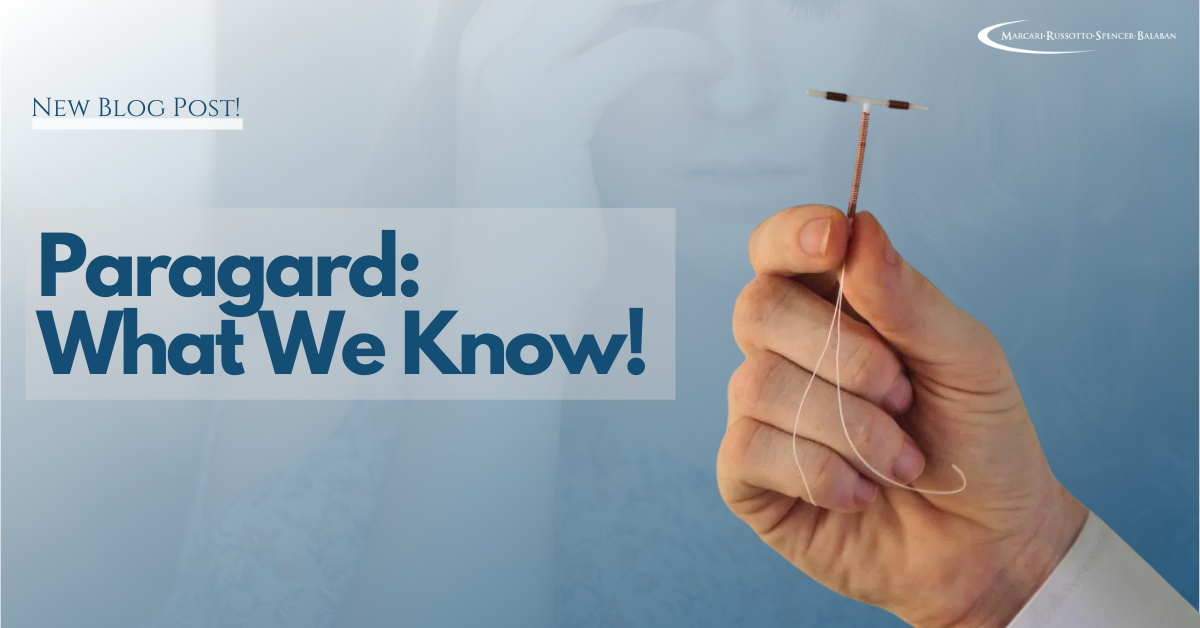 Paragard: What We Know!

Paragard: What We Know!

The Paragard IUD has been quite prevalent since the 1980s, but as of late, the copper birth control device has been making the news, both online and on television.

Numerous different lawsuits have been claiming that the device can not only break but can also become embedded within other organs.

In 2016, Stephanie Ideus of Nebraska filed a lawsuit against Teva Pharmaceuticals, one of the manufacturers of the IUD. Ideus claimed that during her Paragard IUD removal, it broke and became embedded in her uterus; Stephanie required surgery to remove it.

Unfortunately, Paragard isn’t the only IUD that’s made headlines due to a lawsuit.

Thousands of different women filed lawsuits against Bayer, claiming that the Mirena IUD migrated from their uterus and caused damage to particular organs in their bodies. The women all required surgery to resolve their situations; Bayer had to pay out upwards of $12 million to settle over 4,000 claims.

Paragard is among five different IUDs that are routinely available in the United States, the others include Mirena, Kyleena, Liletta, and Skyla.

Commonly, IUD devices will cause simple side effects. The simplicity of an IUD is due to the fact that there is no surgery involved, and patients can go home right after.

Side Effects Caused by Paragard

Studies on IUDs, which were inclusive of Paragard have been known to show that these devices are in fact safe and effective, but are still able to cause side effects.

With that said, the main benefit that appeals to most women is that Paragard does not include any hormones, and does not contribute to weight gain and/or mood swings.

Oftentimes, women who use Paragard have expressed that they believe they’ve had symptoms of copper toxicity after the initial insertion, but numerous studies have now said that the levels of copper inside the IUD are not nearly high enough to cause any toxicity.

Currently, Paragard’s side effects are listed and provided by Cooper Surgical, and those are as follows:

On another hand, rarer, scarier side effects can include:

When the harm from a product or an injury event is widespread, it’s easy to overlook the suffering of each individual victim.

But before you allow yourself to be treated as a statistic, you should seek the counsel of a knowledgeable lawyer who cares about each and every client. At Marcari, Russotto, Spencer & Balaban, our attorneys have more than 200 years of combined legal experience – and, we are determined to give each client the personal attention they deserve.

We understand that a mass tort may have affected you in a unique way, so we pursue a resolution that suits your circumstances and needs.

No matter how complex the claim is or how tough the opponent might seem, we’re determined to see that you are compensated fully for your personal losses.

The Difference Between Class Action and Mass Tort

A tort is a wrongful injury that a defendant inflicts on a plaintiff. Once liability is established, the first person must compensate the second for the damage that was done. In mass tort cases, one harmful act, practice, or omission has caused injury to numerous victims. This gives rise to a legal situation where we have:

The question then becomes this one: what is the best way to ensure the victims can have their day in court and seek redress for their injuries? Requiring each defendant to present their argument individually can be impractical for a number of reasons:

Class action cases address these concerns properly in some situations. When injured parties have suffered similar injuries, the court will certify a class, consolidating individual cases into a single action. In this way, tens, hundreds, even thousands of plaintiffs can sue at once and share in the damage award.

This is good for the plaintiffs because it gives them strength in numbers against a powerful defendant.

On the other hand, if the victims of a mass tort have been affected differently, a single case might not address the unique aspects of their losses. Such a case cannot be certified as a class action, so each victim must present a separate claim. The advantage here is that each plaintiff can demonstrate the specific harm they have suffered while collaborating with other victims to address the common case issues.

Have You Become Ill After Using a Paragard IUD?

At Marcari, Russotto, Spencer & Balaban, we understand that a mass tort may have affected you in a unique way, so we pursue a resolution that suits your circumstances and needs.

Marcari, Russotto, Spencer & Balaban handles a full range of mass tort matters, including cases relating to toxic exposure, dangerous drugs, and defective products. Call us today at (855) 435-7247 or contact us online to schedule a free consultation. For your convenience, we have offices throughout North Carolina, South Carolina, and Virginia.