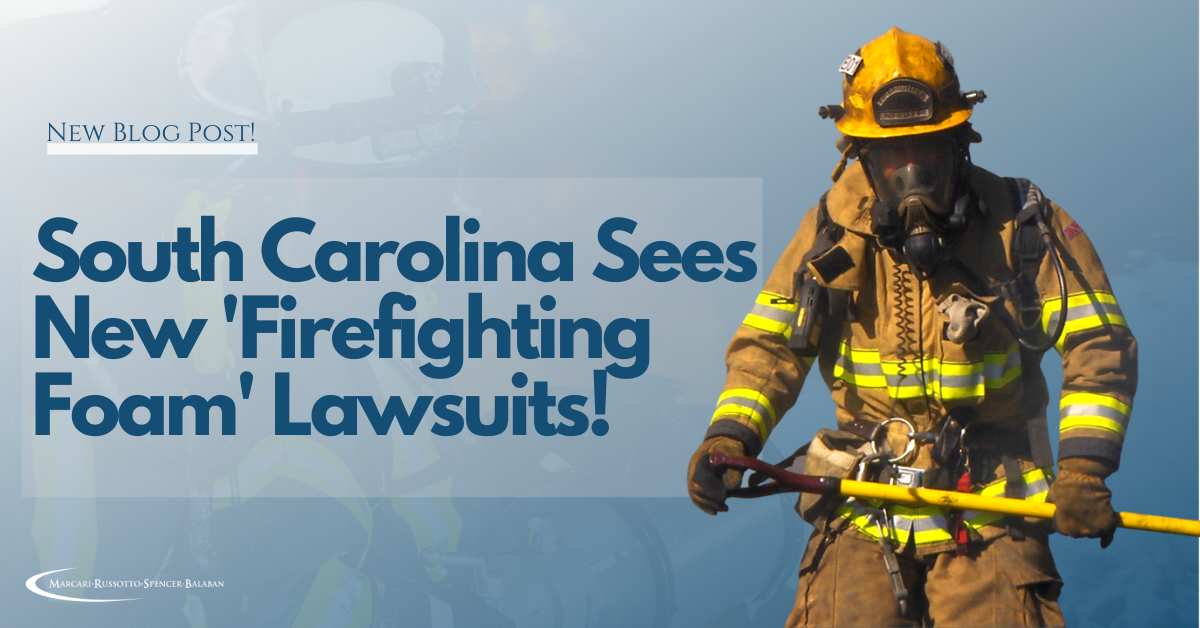 The plaintiffs are claiming very serious injuries after using AFFFs.

The first case revolves around and was filed by the Lakewood Water District.

The water system within Lakewood is officially regulated, and maintained, by the Washington State Department of Health.

The plaintiff in this particular case has named the manufacturers of AFFFs as the defendants, they’ve also named the following as additional defendants:

In their statement, the plaintiff in this case noted that the defendants are solely responsible for deploying PFAS into the supply of groundwater used for public consumption.

The plaintiff also noted that several different studies have connected the U.S. and their use of ‘firefighting foams’ to PFAS groundwater contamination.

Here’s a direct quote from their statement:

“The United States’ failure to properly manage, capture, and contain AFFF used at JBLM has resulted in AFFF releases to the environment, including soil and surface water and in the vicinity of JBLM and the districts’ property. Once released to the environment, the PFAS component of AFFF migrated from AFFF-impacted surface soils to groundwater.”

Another case was also filed in the United States District Court for the District of South Carolina involving a man whose wife believes he lost his life due to AFFF.

The plaintiff’s husband was sadly exposed to ‘firefighting foam’ throughout his time spent working as a firefighter in Texas.

The widow in this particular situation is claiming that after numerous years of constant exposure, her husband was diagnosed with acute myeloid leukemia.

With no prior family history of this disease, her husband sadly passed away on July 18th, 2018.

The plaintiff here blames the same defendants, citing that the manufacturers of these foams were aware of the risks that are associated with AFFF’s and that they failed to warn users about them beforehand.

Here’s a direct quote from her statement:

“But instead of informing the selfless public servants, giving them a chance to choose if the risk was worth the use, Defendants simply took that away.”

Finally, but equally as important, a third case was filed, also in the United States District Court for the District of South Carolina regarding a plaintiff who worked as a firefighter and routinely used AFFF in training and to extinguish fuel-based fires.

The plaintiff was later diagnosed with prostate cancer, to which he holds the toxins in the foam responsible.

The plaintiff claims that he was sadly never informed of the dangerous side effects, and he was never told about the known health risks associated.

Even sadder, he was never told to wear or use protective gear to help him guard against those risks.

If you or someone you love has developed cancer, due to direct exposure with AFFF, please call Marcari, Russotto, Spencer & Balaban right away!

It is commonly used by firefighters as a suppressant, and functions by cooling a fire while also coating the fuel behind it.

The foam will create a film between the fuel and oxygen, which works to actively prevent any further combustion.

Sadly, it’s been documented by many organizations including the CDC, the EPA, and also the American Cancer Society (ACS) that two compounds:

– which are per and poly-fluoroalkyl substances (PFAS), are known to be present within the foam, and, have presented horrible, long-lasting effects on those who have used it.

What’s worse is that a PFAS, which we’ve alluded to above, is commonly referred to as a ‘forever chemical’.

These elemental bonds between fluorine and carbon become vastly difficult for not only the environment but, also our bodies to strip down and decompose.

To put it simply, if consumed by people, even in a work atmosphere, carcinogens that are inside of an AFFF take a very long time to go away and will linger and live inside of an individual’s body.

As of right now, AFFF’s that are known to contain PFOA and PFOS have been linked to the following types of cancer:

There are also links to leukemia, lymphoma, and neuroendocrine tumors.

Those who fall into the category of most commonly at risk would be individuals who worked to produce AFFF’s, firefighters who use it daily in the line of duty all across the United States, as well as Air Force personnel who have had direct exposure to chemicals.

Most major United States airports have now also decided to switch to PFAS-free fire foam due to the current firefighting foam’s links to cancer. This change was due in large part to the reauthorization of the Federal Aviation Administration, which passed in the Senate, by a vote of 93-6.

How Can I Limit Exposure?

Unfortunately, PFAS, PFOA, or PFOS are typically ingested orally, absorbed through the skin, or even inhaled through exposure in the atmosphere. Any individuals who use fire-fighting AFFF’s should make sure that they’re constantly aware of, and practice, these rules  to reduce their amount of exposure:

If you or someone you love has been ill due to constant exposure to Aqueous Film-Forming Foam, anywhere across the United States, our attorneys at Marcari, Russotto, Spencer & Balaban may be able to help.

We thoroughly investigate the circumstances of your accident and aggressively pursue the maximum compensation possible for your injuries. Call us today at (855) 435-7247 or contact us online to schedule a free consultation.

You can also contact us by filling out the form below. Once you’ve filled it out, and we’ve received it, we will make sure to reach out to you as soon as we possibly can. Thanks!