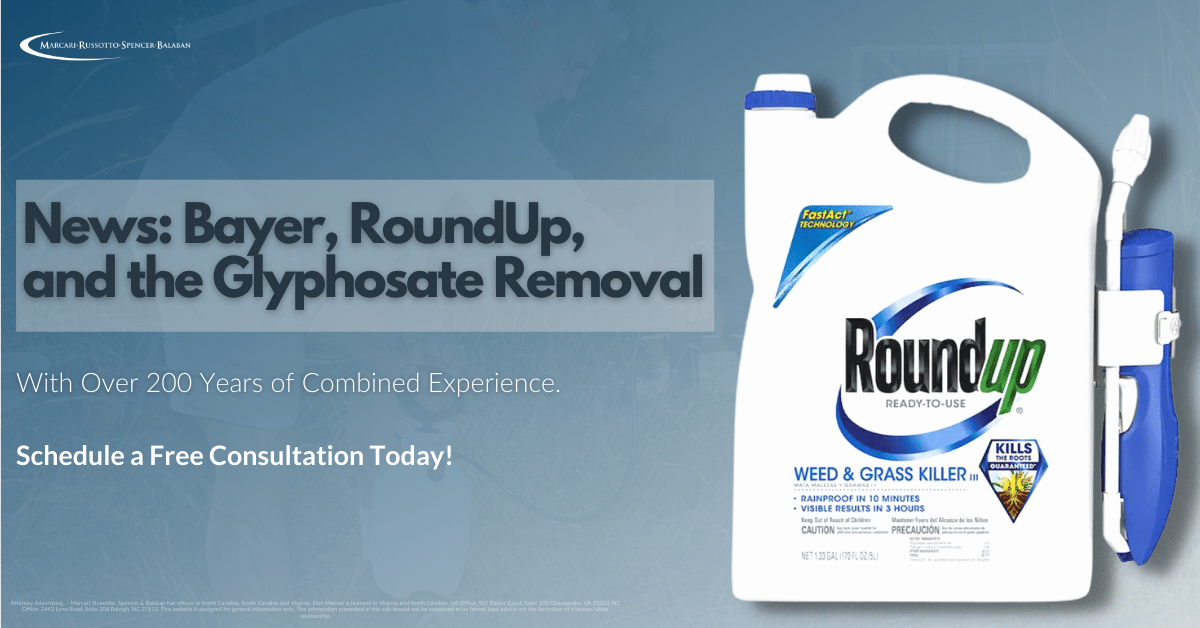 After over 100,000 lawsuits from consumers, Bayer has finally announced that they’ll be removing glyphosate from all weed-killers marketed towards residential usage, beginning in 2023. Bayer has stated that they’ll replace glyphosate with a different alternative.

In 2015, the World Health Organization (WHO) properly classified glyphosate as a probable carcinogen. At the time, Monsanto went as far as to go on the defensive to unequivocally contradict that entirely. They even went as far as paying scientists to take part in an ‘independent’ review of glyphosate in an effort to give the toxic chemical a better reputation. Not only did they try that approach, but they also worked with officials from the Environmental Protection Agency (EPA) to review any possible cancer effects.

Now, Bayer is fighting to make sure that they can reduce the amount of money they’ll need to shell out in legal costs, so they’re filing a petition with the United States Supreme Court to reverse an appeals court verdict upholding damages to a consumer blaming Bayer, RoundUp, and it’s glyphosate-based herbicide for causing his cancer.

Recently, Bayer lost its third appeal against verdicts that were beneficial to those who were affected by the weed-killer itself – this has caused Bayer to pay out tens of millions of dollars.

On August 16th, 2021, Bayer asked the Supreme Court to review one particular verdict, that of Edwin Hardeman of California. Bayer has said that the original lawsuit featured causation that relied upon intuition rather than scientific principle – it could take more than six months to see if the Supreme Court takes on Bayers appeal. Bayer has announced it will start removing glyphosate from all of its residential weed-killer products, including RoundUp.

What are the Long-Term Ramifications Of Using RoundUp® Weed Killer?

For many years, people that have used RoundUp® weed killer have been known to fixate on certain key issues within their own bodies, and diagnoses that they believe they have, those are, but may not potentially be limited to the following:

Did a Person Have to Use RoundUp® to Qualify for a Case?

For our attorneys to be able to move forward with a case against Monsanto, the individual in question would need to have been in one of the following situations:

If you or a loved one fit the description that our firm supplied above, please consider calling us right away, we are here to help you and your family with proven, successful litigation.

Marcari, Russotto, Spencer, and Balaban will proudly represent any individuals that have been the victim of Non-Hodgkin Lymphoma as a result of RoundUp® weed killer, across the Carolinas and Virginia. Call us toll-free today at (855) 435-7247, or contact Marcari, Russotto, Spencer, and Balaban online to schedule your free consultation. Our firm works on a contingency fee basis, meaning that until your case is resolved, and you’ve received your financial compensation, you don’t have to pay legal fees. Sign up below!